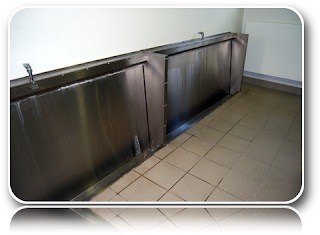 To the children stealing the blue deodorant blocks from the boys’ urinals at my little girl’s school STOP IT. It is gross. They are dirty and smell like wee. And to the parents who laughed when the Principal gave that stern warning to the assembled children SHAME ON YOU! OK, that was me. I could not stop giggling. Lucky, because before that I could not stop crying.
Today was my first school assembly as a parent. And from the moment I saw Miss L’s beaming face when her crazy family (us) rocked up to the school hall there were tears. Mine. And then I cried again when they asked everyone to stand for the national anthem, which now has the longest didgeridoo solo before the singing part. I thought for a moment the anthem had been changed to something that better reflects our past. Alas I was wrong, it was just the extended mix of Advance Australia Fair. 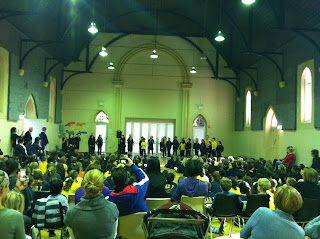 The kids which stood and talked about immigrating to Australia from India and Pakistan and the one whose family came over in the First Fleet after stealing a horse also made me cry. And then I snorted out loud when one of the classes got up and sang a rap song about recycling, formed a semi-circle and had members of the class do the worm and other classic hip-hop moves.
But it was when the Principal warned all the children that the cleaners had noticed soap and blue deodorant blocks go missing from the toilets that I was truly taken back to me standing in school assembly in high school. There was a phantom student taking dumps on the floor of the toilets and there was outrage. “You will be caught”, the dumpster was warned. I laughed nearly as much as I did today. I never found out who loved the thrill of inappropriate pooing, as I suspect they will never find the blue block pilferer. I just hope they haven’t shoved the rank, wee-covered blocks in their school bag for their unsuspecting parents to find at the end of school term. As I hope the random pooper never took a dump on their toilet floor at home.
And that was my first school assembly as a parent. I will be going to many more and I will always get teary thinking back to how quickly time has flown since I was a child standing in my school uniform singing God Save The Queen, bright-eyed, full of dreams and a whole life ahead of me. I will always burst with joy seeing the same inquisitiveness and pure joy in my children and all of the children’s eyes in that room. And I will always snigger like a school kid when the Principal addresses the students, particularly if it involves toilets.
Did you have a phantom pooper at your high school too?
bigwords xx