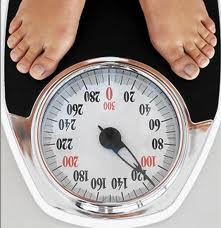 Recently, I wrote about the pressure on women to lose weight after giving birth. I put up photos of my own jelly belly, riddled with stretch marks. My over-extended tummy looks like I’m a few months pregnant and it’s been 19 months since my third child was born. The post garnered a huge reaction as many women out there feel the same way as I do. We should be proud of our bodies for growing children. Our scars should be celebrated. There is enough pressure on mothers as it is without the added expectation of eradicating all evidence human life grew inside us.

And then I saw a story which has left me equally as flabbergasted. It’s the attention being given to yet another freak of nature, yes that’s right, a Victoria Secret Angel. I call them freaks of nature affectionately. They are STUNNING. They have bodies deemed by mainstream media as perfect. They have legs that reach into the sky, boobs as firm as ripe melons and hair that glistens like gold. They work out 20 hours a day, have professional stylists and most probably harbour huge anxieties over their multi-million dollar earning bodies. First sign of cellulite and they’ll no longer get to strut their tiny arses down the runway with huge wings attached to their perfectly defined shoulders. As any person with a high profile career, they work damn hard to reach the top of their field and even harder to stay there.

This particular “Angel”, Allesandra Ambrosio, was recently discovered to have been two months pregnant with her second child when she walked in the lingerie company’s latest show. 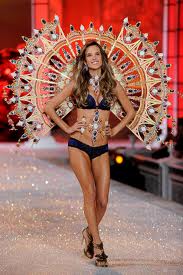 Good on her, I say. I would’ve had to stop at the end of the runway and throw up if it was me up there at two months pregnant. I think she looks amazing. Although, I think she would look amazing even with vomit in her hair and tiny bits of carrot in her teeth. (There’s always tiny bits of carrot when you hurl). The problem I have, is not with her Amazonian self, it’s with the exclamations of amazement by media commentators about how anyone who was 2 months pregnant could walk in heels with wings on their back. Ummm, women have done a whole lot more strenuous activities when pregnant. Walking isn’t considered one of them.

And then there’s the fixation with her belly and how no-one noticed she was pregnant. Hooray, let’s all applaud her for being skinny when pregnant. Now that’s something to strive for, isn’t it? For many women they don’t even start to look pregnant until many months into their pregnancy. Judging by her fucking amazing body to start with, I think it’s a no-brainer she is ONE OF THOSE WOMEN (I’m screaming at the commentators, not you). For the other women out there, like myself, the moment your husband ejaculates you put on 5 kilos. There is no way I would be strutting in a Victoria Secret show when two months pregnant. Actually, there’s no way I would be walking in a runway show full stop. I am not a model.

Every pregnancy is different, every woman has a different experience. Creating another reason for women to feel paranoid about how they look is just plain wrong.

I worry for the women who look at the “Angels” of the world and listen to the poisonous opinions of outsiders hailing those who manage to keep slim while pregnant as modern day heroes. Women who are already struggling with their own body issues. Women who work hard, some say obsessively, to stay slim. Women who feel guilt each time they eat bread or pasta. Women who are already so caught up in the cycle of thin is beautiful, that when they start to put on baby weight, feel out of control, feel anxiety and depression. They possibly may even put their own health, and that of their unborn child, at risk. They need support, not reinforcement of some bullshit ideology that to be a woman means you must at all times be looking “your best”. And by best, I mean skinny.

Here’s the thing though, you can not judge a pregnant woman by their weight gain or loss. Some women lose weight while pregnant, not out of fear of getting fat, but because they spend their entire pregnancies vomiting. Personally, when I was pregnant I was the opposite, I used it as an excuse to eat far too many chocolate donuts. My own weight issues meant, out of medical necessity, I was forced to monitor food portion control and test my sugar levels regularly, after being diagnosed with gestational diabetes with two, of three, of my pregnancies. This is me, a month prior to giving birth to my third child. 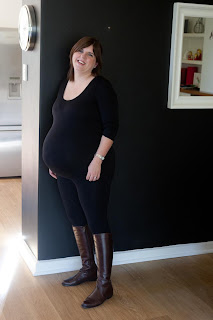 Some women put on many, many kilos of weight and never get gestational diabetes, while other women who are very health conscious do. Pregnancy is a fickle experience. Fickle because you never know how your body will cope.

It’s time the focus was on health, mental and physical, not appearance. The wider impact that stories about supermodels who continue to remarkably (insert scarcasm here) look like supermodels once pregnant is potentially dangerous. 2012 needs to be the year this ridiculous fixation on a woman’s body is put to an end.

Rant over. What are you thoughts on the issue?