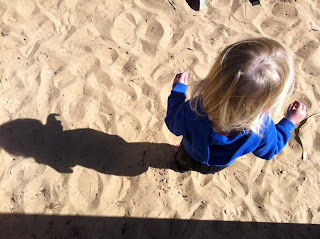 I had a moment of shame on the weekend. Actually, I had two.

Everyone has them – those bad parent moments. The moments you think to yourself, well, that was a bit shit, perhaps that wasn’t the best way to handle the situation.

At the time my girls deserved what they got. I am sticking to that story, except in my gut I know I’m wrong. Oh yeah, and my husband said I was wrong. And although I wouldn’t let him know, I think he was right this time. Not that I would tell him that. Never admit defeat ladies.

My two eldest girls, let me call them “the mean girls”, were drawing pictures of rainbows and stuff. I say stuff because honestly I have no idea what the other objects were. I just nod a lot and say: “That looks fantastic honey”. I say that to my husband a lot too.

Anyway, each came to me with their drawings seeking out my praise, before exclaiming to the other how Mum said theirs was “the best”.

Then, I heard a squeal and many tears. Mean Girl 1 had taken the liberty of drawing on Mean Girl 2’s picture.

I am not sure what came over me, but I immediately jumped from my chair, grabbed a pen and scribbled all over Mean Girl 1’s picture, in retribution. “See, that doesn’t feel good does it?”.

Result: Two girls crying. Strangely, I felt quite good about it.

The Mean Girls had made up and were pretending to be twins. Satanic twins. They spent the morning telling their younger sister, who I will name Cinderella, that she wasn’t allowed to play with them. They were being foul.

The longer it continued, the grumpier I got. So, I grabbed Cinderella, dressed her in her finest tracksuit and whisked her to the mall. There she went on a ride and we had a milkshake. I then took her to the park and pushed her on the swings. All the while, I took photos and sent them to my husband so he would let the Mean Girls know just what a fabulous time we were having. 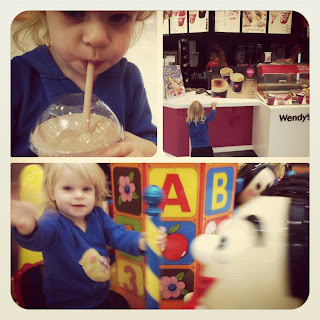 Result: Although, glowing, Cinderalla lost a shoe at the park. The Mean Girls didn’t give a shit. And I had to go to the park and push a child on the swings, which means I lost that round.

Seriously, what’s wrong with me. I am behaving like a child. I have scooped to their level. I must stop and regain my sense of right and wrong.

I need to get out more.

Have you had a parenting fail lately?