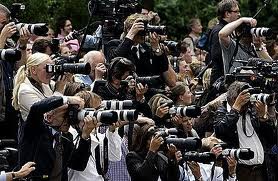 Once upon a time… there was a magnificent creature – the Jackson Kardashian. It sang beautiful music and had an enormous arse. It was a marketer’s dream. It had so many reality tv shows in production it wasn’t sure what was real anymore. JK was presently starring in Behind the Scenes of Jackson Kardashian Takes Miami’s Behind The Scenes Very Special Christmas Special.

Jackson Kardashian had been so very lucky in love 15 times and then so very unlucky in love 15 times, but it made great television. The dating, marriage, divorce and “reckless, single, fun time” shows were a hit in 100 countries and had garnered 2,568 front page magazine articles and lead to 45,000 in-store and nightclub appearances. Jackson Kardashian also had a range of clothes, bags, perfumes, breakfast cereals, dolls, sanitary napkins, jewellery, jeans, sunglasses, diet shakes, cheesey snacks and hollywood tape. JK had released a highly successful series of self help books, starred in 24 “accidental”sex tapes and recorded 150 Top 10 hits, all while touring world-wide and filming simultaneously.

Jackson Kardashian was beyond rich, beyond famous and lived an entirely scripted life without ever having to carry out an original thought. Even the person hired to dry clean JK’s arse after toileting was famous. The media machine had managed to out-fame fame and now traveled with an entourage of 450 people, all desperately trying to get a slice of JK’s fame and cash. Little bits of JK’s life constantly popped up on Ebay, even toenail clippings. And there were currently 12 women claiming to have JK’s love child.

Craft – The Scourge Of Our Nation

This Week I’m Grateful For An End to the Torture