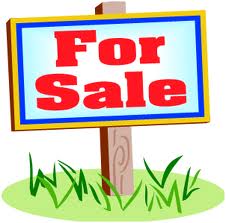 “Just remember, if you ever want to chop the head off a chicken, first check you’ve sharpened the axe blade,” my husband tells me, his face ashen and his hands shaking. He’d been forced to do “the deed” after our first chicken disposal was deemed too cruel. He’d never killed anything before and he was clearly in shock, but after our previous method was such as a failure, he really had no choice. He couldn’t let this latest chicken suffer anymore.

We were learning the ways of the land at our own pace.

You see, our other chicken “Schnitzel” had been very unwell and we knew it would die a slow death at the beaks of its coopmates. We had to “get rid” of it. We had a discussion and decided if we let it out of the coop overnight, the foxes would come and get it. Its death would be quick and fast. The plan seemed foolproof, until our neighbours alerted us to the fact our chicken was out and we had to “with heads bowed” explain the chicken was spending its last few hours “free”, before it was to meet its chicken maker. Oh, they said quietly and shuffled away to their home to probably do exactly what we were doing – agonise over the cruelty of it all.

But being keepers of the land can be cruel at times.

Needless to say, I did not sleep much that night. Every sound I heard I convinced myself was Schnitzel being stalked and hunted by a big, scary fox. I could feel the chicken’s fear. I could hear its internal dialogue: “Boork, boork. Wow, I’m free from the coop. This. Is. So. Much. Fun. Sucked in Parmi and Roast, I’m free. Boork, boork. Oh, it’s getting dark now. I’m cold. I want to sit on my perch. Brrrr. It’s dark. Boork, it’s freezing, boork. What’s that sound? Oh, shit is that a fox? I’m scared. Boork, boork, booooorrkk!” Silence. Oh man, I still hear that in my head whenever I look at our now empty chicken coop. I still think about that poor chicken every time I see a chicken feather. You see, if you leave a chicken out for the foxes be prepared for the feathers. Thousands of feathers. Everywhere.

We don’t discuss that night, nor do we discuss the “blunt axe blade incident”. Let’s just say that after the first ill-fated attempt, the chop was carried out quickly and humanely. And the blade was always sharp.

It’s the lay of the land.

We’ve had lots of chickens. They have all been named after chicken dishes we like to eat. Cacciatore was my favourite. As I type now, our chicken coop is bare. Cleaned out and empty. There are no fresh eggs in the boxes and last week I found myself buying eggs from the supermarket for the first time in years.

For the past three years, we have been trapped in Bureaucracy World, at the mercy of the Council, planners, surveyors, CFS, lawyers and Government Agencies. After many agonising emails, paperwork shuffling, letters and phone calls we have finally broken free from the red tape. We have finally been given the green light and today a For Sale sign was erected on our land. The land we vowed we’d never subdivide. The land we vowed we’d never sell. The land our children have picked plums, apples and collected eggs from. The land my husband and I thought we’d try our hand at being second rate hobby farmers on. First rule of a real farmer – don’t name your chickens. We learnt that one. Second rule, don’t plant more than you can eat unless you plan to sell the fruits of your labour. It’s taken us a few seasons of over enthusiastic zucchini planting to work out that rule. Third rule, blackberries will take over the entire universe if not destroyed.

Ah, but there’s nothing like the fruits of the land.

Soon a For Sale sign will also sit out the front of our House on the Hill. Our idyllic life in the Adelaide Hills are about to come to an end. We are having an inner-city change. The opposite to a tree change. We are taking our kids down the hill in search of the suburban dream. Those who know us, think us a little crazy. Why would we shift to fenced-in yards and swap the sounds of koalas grunting in the night to the sounds of traffic? With three small children we don’t have the time to clear and maintain the land. We don’t have the desire to be hobby farmers anymore. We just want to open the back door, let the kids run around within the confines of the backyard and sit comfortably on our back step, drinking wine and spending time together as a family. Our focus has shifted.

You could call it a shift in the landscape.

Someone will love our House on the Hill, we sure did. Someone will love to walk the paths through the valley and pick blackberries. They’ll lay in the hammock under the gum trees. Someone will put on their warmest coat and huddle in the mist, watching the flames dart in their piled high bombfire. They’ll drink stout and toast marshmallows. They’ll create their own memories.

It’s been a land of plenty.

We’ve been standing on the land looking out at the view and we sit in every room of our house and absorb our past. We have started to wrap our memories in newspaper and store them away in compartments in our brain. One day soon we’ll pack our car and buckle the kids into their car seats and we’ll drive away together. My husband and I will probably cry a little as we cruise along the winding roads for the last time. And then, when we hit the freeway, we’ll high five each other. And we will smile in anticipation of the next stage of our journey together. Wherever we are, that’s home.

We’ll land on our feet. We always do.

The Biggest Tantrum Ever