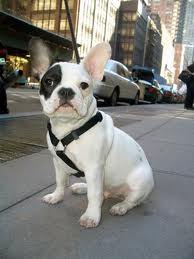 Part of my decision to enter the New York Flash Fiction short story competition was to get some honest feedback on my writing. The more I write, the more I challenge myself, the more I experiment with different genres – the better I’ll get. Well, that’s what I keep telling myself.

I recently got the results back from challenge #1 of Round 1 and I came third in my group. I was really proud of that placing. The judges feedback was really helpful and positive.

Now to my #2 challenge piece. I had to write a fantasy story (under 1,000 words), a skyscraper had to be a prominent place setting and the object, a swing set, had to feature somewhere in the story. To say I struggled would be an understatement. This is what I wrote. Fingers crossed I go okay, as I’d love to get into the next round.

Bark City
Elsa sat on her favourite yellow chair and stared out of her huge window at the streets below. Her apartment was on the 38th floor of the city’s tallest skyscraper and the view of the nearby river and surrounding mountains was magnificent. She could make out people getting in and out of taxis and children playing in the playground.
The first few floors of her building were filled with cafés, beauty salons and boutique shops, where the rich air-kissed and spoke in fake French accents. They’d carry their little Chihuahuas, with diamond-encrusted collars, in tiny silky bags. They’d sip on their espressos and push their salads around their china plates, stopping occasionally to follow through with chewing motions, so as to give the illusion that actual food morsels were passing their lips. Their tiny coiffed dogs would sit obediently in their owner’s laps staring out at each other with sleepy eyes.
Sing City was a busy place. It buzzed with ambition and it boasted a vibrant nightlife. Restaurants were always full, people beautifully dressed, pavements freshly swept. It was a shiny, happy place.
Well, that’s how it was in The Before. There’d been a lot of changes since The Furry Ones had taken control. Even the city’s name had changed to Bark City. The People spent their days working for the dogs. When The People were told to sit, they sat. When told to rollover, they rolled over. There was no school, not even dog school, so the children just played all day. Life was different. The city was still busy, but The People looked glum.
First to go were the tiny bags. The Furry Ones could stand on their own two feet; nobody put pooch in a bag now. The People were forced to walk around with a single ponytail on top of their head, tied in a bow. They wore matching acrylic jumpsuits and leather-studded collars. Their food was compressed into bite-sized biscuits, which they ate out of plastic bowls on the kitchen floor. The dogs still slept on the bed, but The People were forced to sleep on the ground. Deal or No Deal had been replaced with Meal or No Meal. The Rolling Stones, now the Rolling Bones: A whippet, Mick Digger, was the new lead singer. And all Beatles paraphernalia was changed to the Beagles.
As she sat and watched The People scurrying around, Elsa noticed a child crying as a truck pushed over a swing set in the park. Yet another playground demolition, making way for bigger dog parks. The children could still remember The Old Way. They knew the status quo had shifted, unlike their parents who’d immediately succumbed to The New Way of The Furry Ones. It would be the children who would return society back into the hands of The People. The children were the biggest threat.
In the penthouse suite, the Top Dog was holding his weekly briefing with his right hand dog. They sat in Chesterfields, smoking Cuban cigars and drinking Dognac. The People of the house sat eagerly at their feet waiting for their orders. The mind clearing had certainly worked. The city was becoming more and more dog friendly everyday and The People were none the wiser.
‘The Puppy in the Sky was right,’ Kingston said, twiddling his grey chin hairs. ‘The transition went as planned. To think The People were convinced there was a God, of course it was Dog. Stupid humans got it backwards. Sums them up really, don’t you think Sammy?’
‘Exactly boss,’ Sammy chuckled. ‘Anyone who thinks Spot and Fido are good names have got to be certifiable.” The dogs laughed heartily.
‘So Sammy, it’s been a year now since we became the rulers of Bark City and all The Furry Ones are happy. We can finally walk on our own two feet, talk without making those stupid growling noises and we don’t have to eat any more damn chump, but I reckon we can still do more. I want more. You know, more money, more power.’
‘Well, there’s always The Felines?’ said Sammy, settling back into his leather chair. His black fur had recently been washed and his ear hairs trimmed. He looked positively debonair in his black suit, unlike his boss who was lounging about in his swimming trunks. ‘I know we made an arrangement with them, but they’re really starting to annoy me with their self-centered ways. It’s like they refuse to accept we are The Rulers now.’
Tracey, and his sister Faye, crouched by the door and listened to the dogs talking. The fair-haired boy, might’ve only been 12-years-old, but he knew something had to be done. He’d been quietly rallying other kids in the city. They’d gathered in the tunnels and were plotting The Furry One’s downfall.
‘We better go before they smell us,’ he whispered to his sister.
He grabbed her arm and guided her to the elevator. As they silently watched the floor numbers descend, Tracey decided The Furry Ones must be stopped sooner rather than later.
‘Quick Faye,’ he said pulling his little sister out into the sunlight. ‘We need to start putting everything into place, before it’s too late.’
Elsa smoothed the fur on her paw with her rough tongue and swished her grey, fluffy tail. ‘Their time has come,’ she purred. The Felines had faired okay in The New Way, but there had been whispers The Furry Ones were about to renege on their deal. So, it was only fair The Felines pounced. It was time. She reached under her chair and pressed the big, yellow button. Dogs could be heard yowling throughout the city streets, as they collapsed in pain. The cats rose up in salute, their tails raised. The smell of urine filled the air, stopping humans in their tracks.
“Oh shit,” said Tracey, scrambling back into the tunnel just in time. “The Felines will be much harder to overthrow. Looks like we need a new game plan.”


THE END
Have you done something that’s challenged you lately?

Where’s Dr Chris Brown When You Need Him?