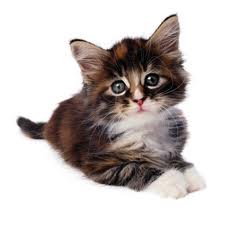 There’s been a lot of talk lately about boys who love to dress as princesses. Much discussion has centred on sexuality, whether boys should be allowed to wear “girls” clothes, the impact of gender stereotypes on individuality and being brave enough to support your children’s choices in their quest to be themselves. Who cares if a boy wears a dress as long as they’re happy? Why is so much attention paid to what boys and girls should, or should not, wear? Why can’t little boys feel comfortable in their own skin – even if it means wearing a tutu and carrying a wand?

Here’s the thing. In our house we have the opposite problem. We don’t own a princess outfit. We have a couple of hand me down ballet skirts and a few pairs of plastic high heels, but no real princess outfits. This could be considered strange, not because our boys want to wear them, but because we don’t have boys – we have three girls. Not one of them has expressed a desire to wear a princess outfit. In our house, Miss 4 would rather spend her days dressed as a cat.

Until we owned a proper cat costume she would just stuff a scarf down the back of her pants and call it a tail. The 2yo Who Never Sleeps has been inspired by her older sister and now she spends most of her days dressed as a dog. We’ve bought a bunny outfit for Baby 3 (just in case she too is into animals), but at the moment she wears whatever her big sisters’ put on her. At the moment she’s a kangaroo.

We are completely cool with Miss 4’s obsession with animals – it’s only when she gets on all fours in public places and licks the floor it gets a little embarrassing, not to mention unhygienic. But try explaining that to a cat. At least she hasn’t the flexibility to lick her own bottom. The only problem is many of the girls around her, and some of the boys, are really into princesses. We go to many princess parties and while she’ll dress up in a makeshift outfit I can tell she’d feel more comfortable in her cat costume. I should just let her wear it, and sometimes I do, but then I fear she’ll feel out of place. I just want to protect her.

I’ve even been giving Miss 4 a bit of a crash course in princesses and fairies so she knows what her friends are talking about. To prep her for conversations like this one I overheard the other day –

Madge is the name of her Grandma’s cat. The other two are characters from that awful show the Fairies.

I can understand the pressure on the parent’s of boys who like a good old fashioned princess outfit. That moment of guilt when you ask them to change before heading out or you suggest perhaps a Bob the Builder outfit might be more “suitable” for them. I am finding myself in the same predicament. But you know what, as those before me have said about their princess dressing boys,  I just want my girls to be happy. I don’t want them to feel like they need to fit the mould of what “girls” are. If they want to spend their time wagging their tails and eating their food off a bowl on the ground – then so be it. As long as they’re confident and comfortable in their own skin – that’s all that matters. As long as they are brave enough to be who they want to be, even if it’s furry and has a tail. We are a world of difference, not everything’s blue or pink, sometimes it’s tabby.