She’ll Be A Stripper Or A B-Grade Celebrity 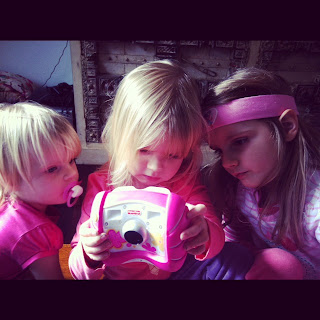 You hear those stories of the kids who were singing since they were three or always loved to build stuff. There’s kids like Mrs Woog’s gorgeous boy Jack who no doubt’ll be a dancer. Beloverly’s boy wants to be a pilot. We keep looking for the signs in our children of what they’ll pursue when they’re older, but it seems our kids are lacking in any decipherable ambition.

Miss L loves animals. She spends much of her time dressed as one and a few times has the mentioned the desire to be a vet, except I think she thinks vet is code for “cat lady”. Personally, I think she’d make a fabulous Princess.

Miss E is pretty adamant she is going to do nothing when she grows up. That’s her stock standard answer. Yet, recently she’d stepped it up a notch. Now, she says she wants to be an ice skater.

It’s Miss H who is displaying pretty strong signs of what she’ll be when she grows up. We are quite certain she’ll be a stripper or a nudist. Either that or she’s Australia’s next Lara Bingle. She just can not keep her clothes on.

Miss H is our third child. She is naughty for about 75 per cent of the time. The other 25 per cent she is asleep. OK, that’s not entirely correct, Twiggy and I have downgraded her “terror” rating to 50/50. Aside from being convinced she is an only child and her two older sisters are merely her minions, she wanders around in her nappy muttering: “No” for most of the day. This is when she’s not climbing on top of all the furniture and hurling herself off squealing: “Wheeeeeee”.

Even a simple vist to BigW involves many trolley tricks.

There’s the outside grip also known as the scare the life out of your mum with attempts to jump off move. 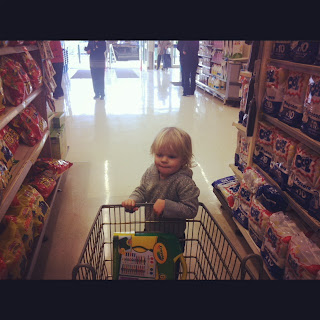 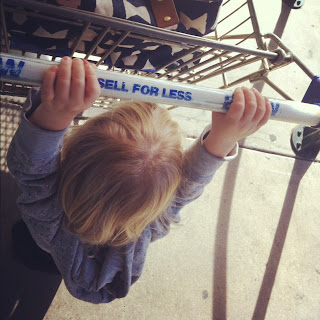 Quickly followed by the cruise or in her words shit, I’m trapped in the trolley. 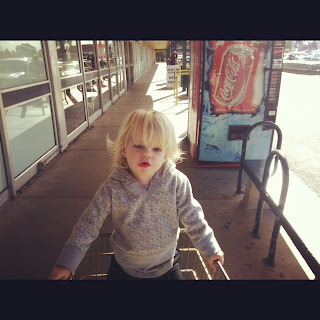 And lastly, there’s the mid-push jump to freedom. 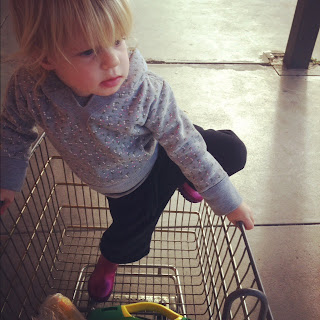 Needless to say, shopping with Miss H is an activity not embarked on often. The last time I went to the supermarket with all three children she refused to sit in the trolley and instead run ahead down the aisles screaming with delight while grabbing cans off the shelf and throwing them all over the place. We don’t even discuss what happened in the sanitary napkin aisle.

Do your kids have life ambitions? Or are they too busy being shits in the shopping centre to care?

The Me Pledge: Draw