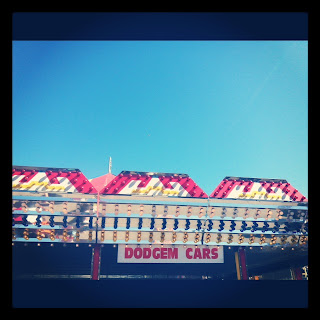 We caved within seconds. Why not? It’s the show. And we were prepared. We had one trillion dollars in our wallet.

First stop, the clowns. The kids were happy for about one minute, until they realised how crap the toys they’d won were. 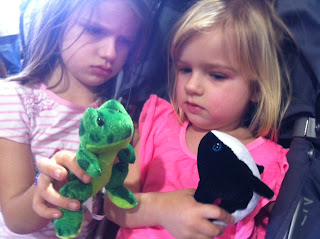 Personally, it was all worth it just for this photo. 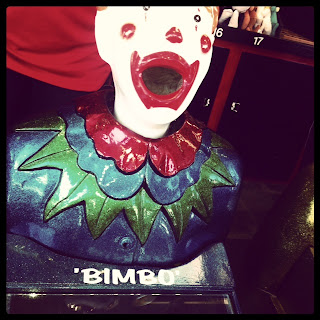 Which brings me to this photo of me eating a Dagwood Dog. 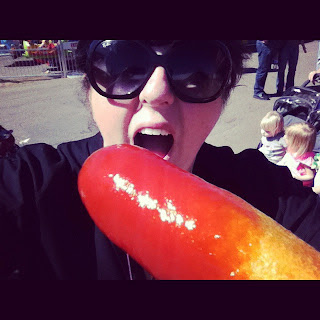 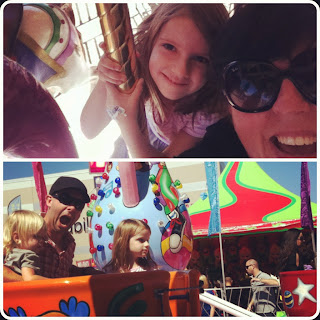 They weren’t too keen on going into the haunted house, aptly named Carn Evil, though. 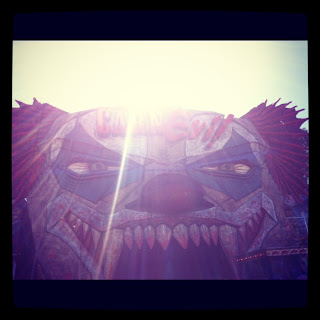 Once everyone was hyped on sugar and had selected their show bags, we headed to the 5AA stage so I could do my fortnightly radio spot with Amity Dry and Belinda Heggen. A live broadcast with your kids on stage, brings a whole new level to the Mum’s Group segment. 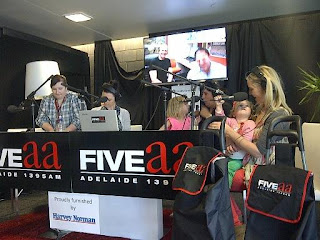 After a brief respite from the crazy show crowds and the carnies, we were thrust back into the smells of donuts and the sounds of kids all over the place screaming for more sugar. And because the show wouldn’t be the show without a trip to the dairy hall, we joined in the chorus and got the biggest ice creams ever. Finally, the kids, and us, were suitably indulged to enjoy the wood chopping and the animals. Obviously they were not in the same arena – that would be weird and dangerous. 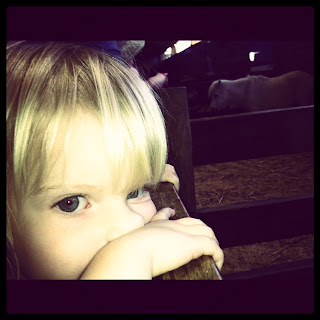 We all left the show fatter, happier and with very sore feet.

And while Twiggy and I sat on the front porch enjoying a quiet beer in the sun, the kids demolished their show bags. 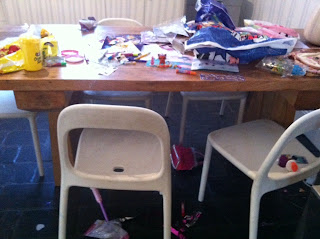 I freaking love the show.

Our On Trend Moment

The Smell of Fish