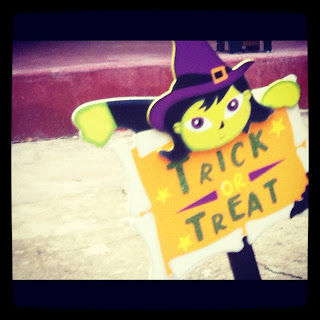 Halloween got scary pretty early on. What was meant to be a quick visit to our local supermarket to stock up on plastic skeletons and lollies, turned into a tantrum of monumental proportions. 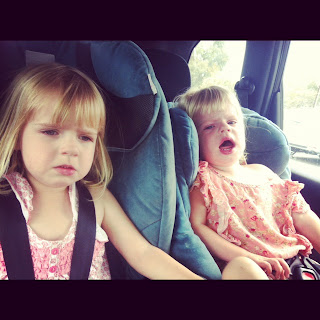 I felt sorry for Miss 4 who, shortly after this photo was taken, put her hands over her ears and started to cry: “This is the worst day ever”. I don”t think me screaming at the 2yo that she “would never ever go to the shops with me ever again” helped.

But the day did get better. We all rummaged through the dress-up box and got ready for Trick or Treating. 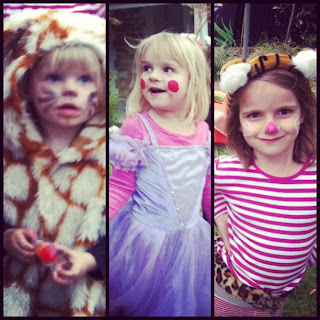 I went as a French cat burglar. This resulted in Miss 5 telling everyone that “my Mum goes into people”s houses and steals stuff”. 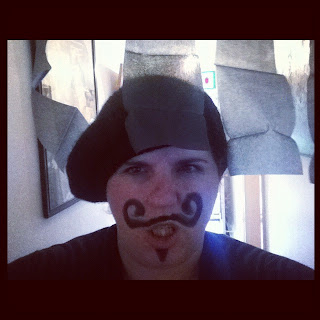 Overall, it was Twiggy who won Halloween. 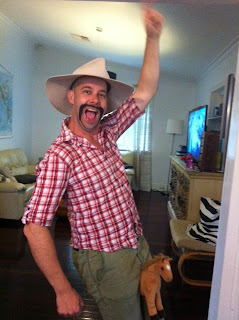 And yes, he is hung like horse (I wrote that for you honey).

A couple of friends from Miss 5″s school came along for the adventure and were particularly excited to visit the scary house which has been decorated Halloween style for a week now. 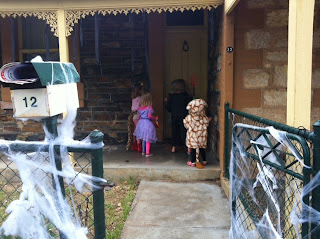 When the dude opened the door he was very apologetic. You see the decorations had been put up for the party he”d had on Saturday night. He still looked as if he was recovering from the party. The kids did their tricks, told him some jokes and headed down the street to find someone who had some actual chocolate. Then out the back door came the dude running along, holding up a bag of marshmallows. SCORE!

What I do care about is – our children getting out in the community and meeting their neighbours, sharing an experience with those around them, learning that not all strangers are bad, learning that there”s a lot of good in the world. There were many ghosts and ghouls walking the streets who all had huge smiles on their faces. And there were people who spend many nights alone who were so happy to get some visitors. And only good can come from that. 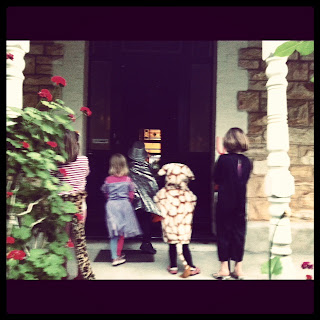 Halloween is lot more than just lollies and commercialism. It”s about connecting with the people on your street. And I for one, am already thinking of a costume to outdo my husband next year.
This one”s on sale? 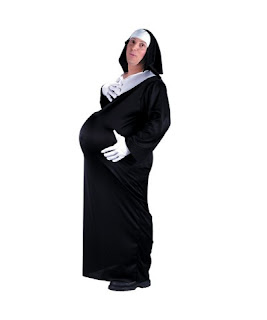 Did you Trick or Treat last night?