Let’s get straight to the point. I am as stupid as the stupidest person in the room, but there are some facts I need to get straight.

Two And A Half Men is not funny. I don’t even think it’s a tv show, I actually think it’s a documentary about stupid people.

Milo does not help you “work, rest and play”, it helps shut the kids up for five minutes. And while we’re at it, just because a certain chocolate contains a “glass-and-a-half of full cream dairy milk” means squat.

Blood is red, not blue. And no-one who has their period wears tight white pants. No-one. Unless of course they are a gymnast, but I’m pretty sure they’d skip their pill for the big meets.

Mums do not want to be congratulated for buying margarine or bread. They want to be doing anything but buying groceries. Margarine and bread purchasing is not a skill, it’s a reminder that you’re not off traveling the world.

Today Tonight and A Current Affair are not news programs. Please do not refer to segments shown on those shows as fact.

Flies are not called Louie. They are called Stan. Everyone knows that.

Boat people wear boat shoes and Lacoste polo shirts. The other people, who out of desperation and fear, flee the only homes they know to cram onto dangerous vessels in an attempt to find a safe haven for their families, are called asylum seekers. Or in simpler terms, they are called people.

Despite what he’d like us to believe, Prime Minister Gillard never “stabbed” Kevin Rudd in the back. There would have been blood and much screaming if she had. OK, there’s been screaming, but no blood.

Just because – you ride a bike fast, kick a ball through two tiny sticks or hit holes in one – doesn’t mean you are exempt from decency.

The Real Housewives are not real. They are anything but real. And Dancing With The Stars is a bit of a stretch depending on the “star” and the “dancing”.

Spending time online writing nasty things about other people anonymously makes you a coward, not a commentator.

Rebecca Black is not a vocalist, nor is she a lyricist. And while we are on the topic of music, stop downloading Chris Brown tracks and please refrain from encouraging Nickelback.

And whatever you do, don’t forget to check the spelling before getting a tattoo. 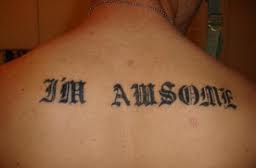 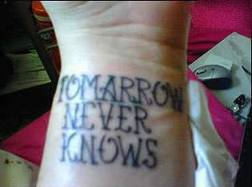 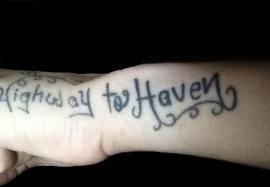 Have you got any messages you’d like to add?

You Know You’re A Mum When…

This week I’m grateful for not stabbing someone

Where Are You LuLu?