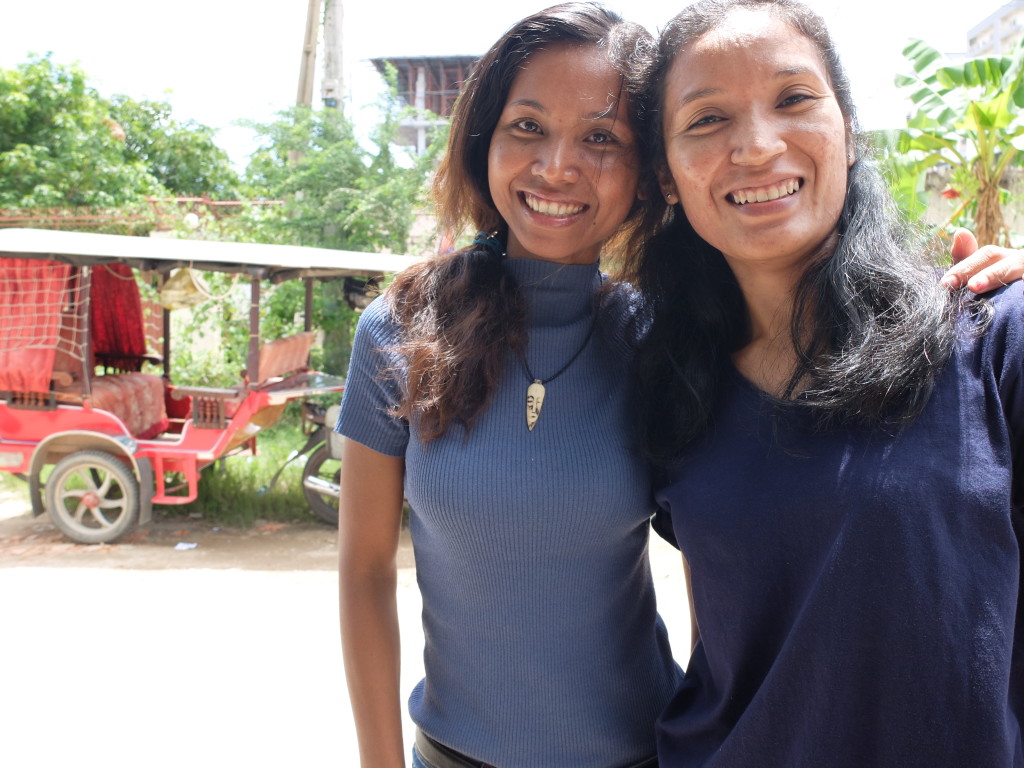 Pheareak Ly and Vun Em were garment workers. They even worked in the same factory as each other. In fact, they were such good friends they would jump the fence of the factory accommodation in the early hours of the morning so they could attend English classes together. They knew that learning to speak English would open up new opportunities for them.

They have this magical sparkle in their eyes, this glint of fearlessness and wisdom. They have strength many of us could only hope for and are kind and inquisitive.

Pheareak Ly, who now works for Oxfam Cambodia, just completed a five year Bachelor of Law. Prior to working at Oxfam, she worked at Womyn’s Agenda For Change, which later became the Women’s Information Network (WIC), one of four groups operating under the United Sisterhood Alliance – an Oxfam partner. She now provides advice to the organization, which operates drop-in centres for garment workers, education and support services. Her life has gone a full circle.

“I enjoy the work and there’s a lot to do,” she says. “Even when I was at the factory I took the time to learn English and teach some of my friends. Garment workers have suffered so much and I want to improve working conditions for them – it keeps me going.”

Vun Em, began going to the drop-in centres when she was a garment worker too. In 2005, she entered the Messenger Board song contest. The Messenger Board, another of the United Sisterhood Alliance groups, connects garment workers and other disenfranchised people through music and art. They write and perform songs about their experiences that reflect the problems facing the working class and impoverished in Cambodia. Through the use of cultural arts and mentorship of cultural groups throughout Cambodia they raise the awareness of social issues. She enjoyed the experience so much she now works at the Messenger Board. 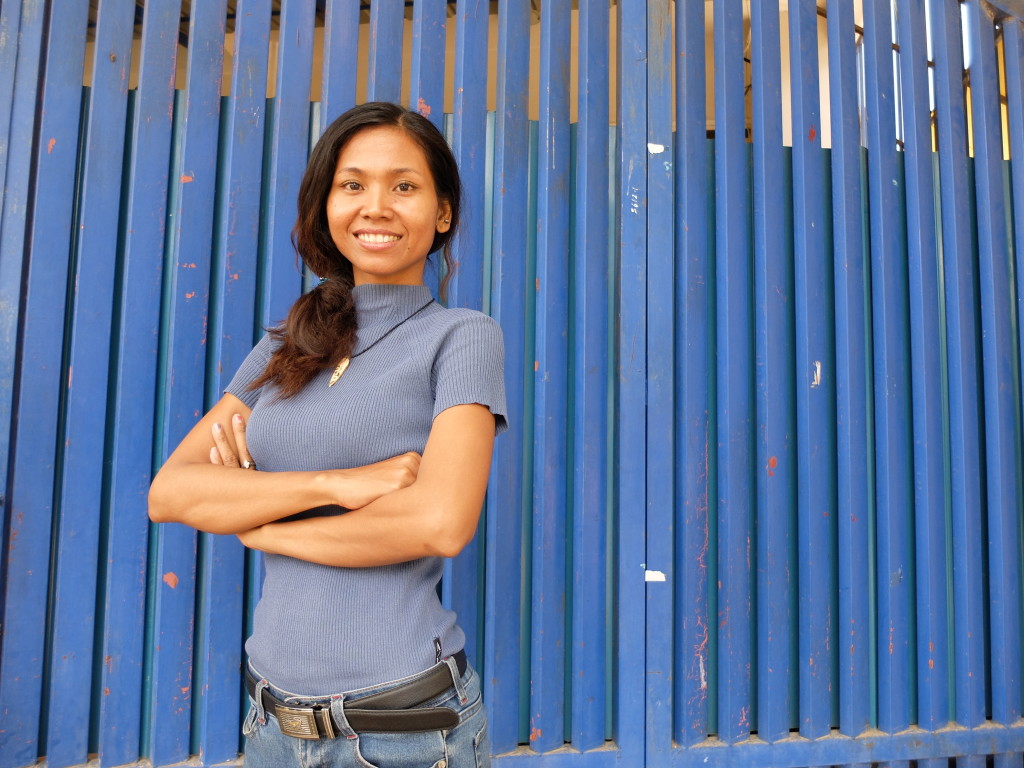 She’s been working with the group for a decade and is really proud of how far she’s come. “You can change yourself,” she says. 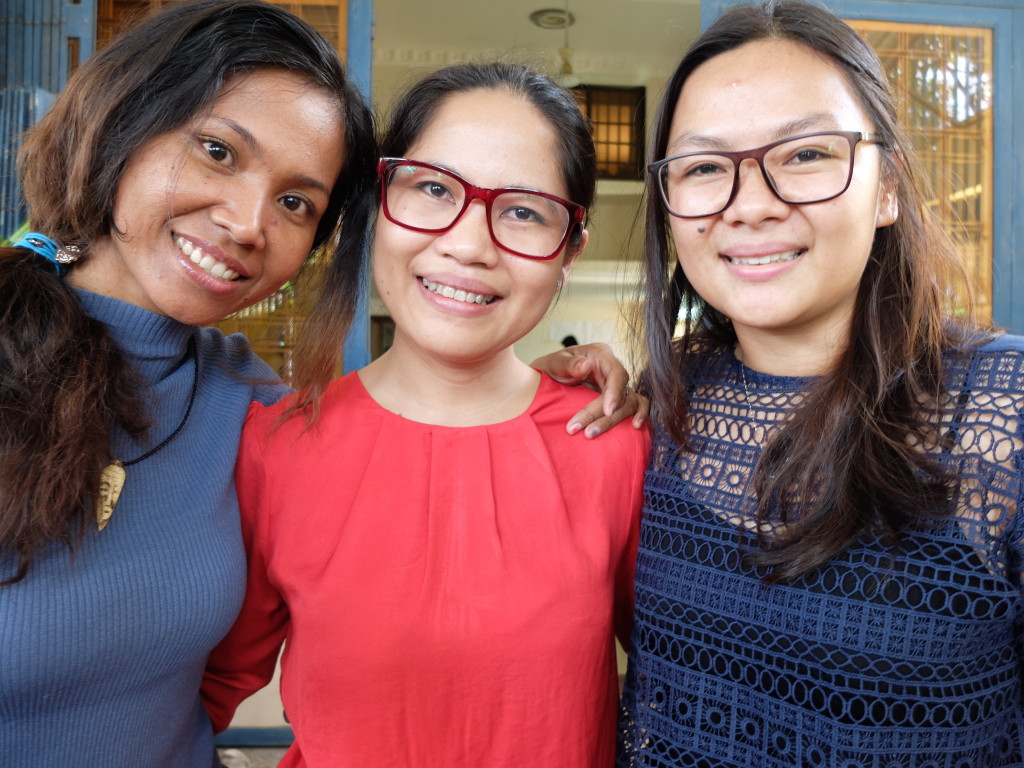 While we were there they showed us this video. It highlights the fight by a group of workers for pay and compensation after a factory closure. It is a must see. I *may* have cried while they showed it to us. OK, I cried.

The workers won the historic dispute after months of protest. Unfortunately, factories closing without notice are still all too common. But what this does show are women working together in a common fight for justice can be heard. Even women living in extreme hardship – that’s why it’s vital organisations, like United Sisterhood Alliance and Oxfam, keep supporting women to be brave – to have the power over their own lives.

Another group of exceptional women we met were in regional Cambodia. These young women proudly identified as activists and feminists. Their group SILAKA was an Oxfam partner, but is now skilled enough to operate themselves. The 25 activists hold information sessions in local rural communities to help inform other women, and men, about domestic violence, childbirth, health, migration and women’s issues. The women we met had Bachelors of Accounting, Banking, Administration, History, Teaching and Human Resources. Their involvement in SILAKA, for the empowerment and advancement of women, was in a volunteer capacity as they also worked in their chosen fields. 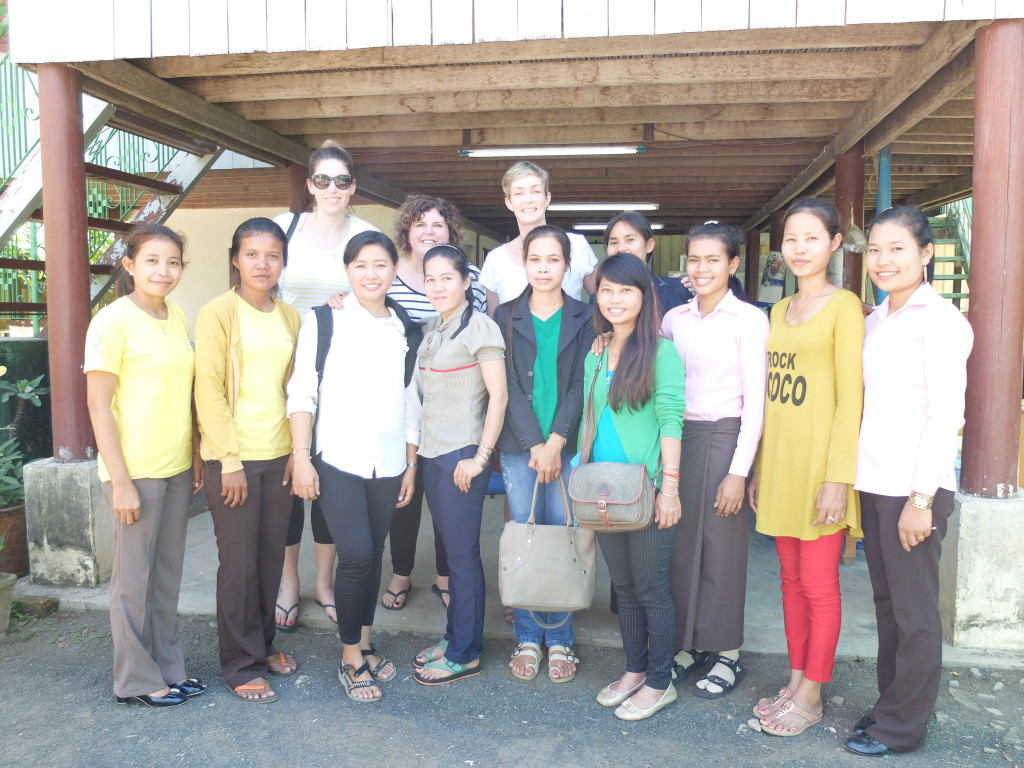 For many of the women, their desire to volunteer their time stemmed from their fathers and other men in the community telling them they should not study, nor be afforded the same rights as the men. “I wanted to meet other women with the same experience as myself and help women have more rights and more equality, like men,” one of the women says, with fierce determination. They wanted to prove to their communities that they are leaders.

And they sure are leading. With on average about 3 out of every 10 women in their communities experiencing domestic violence, and sexual violence also a big concern, they are working hard to turn that around. The work they do is helping to better educate the women and the men in their local communities. It is also having tangible results, lowering the rates of violence.

These women were an inspiration to me. It goes to show how impactful women can be who have been given the support they need to feel brave enough to step outside the cultural norms. Women who are not afraid to have their voices heard can change the lives of those around them, their children and pave the way for a new generation to take on the world. 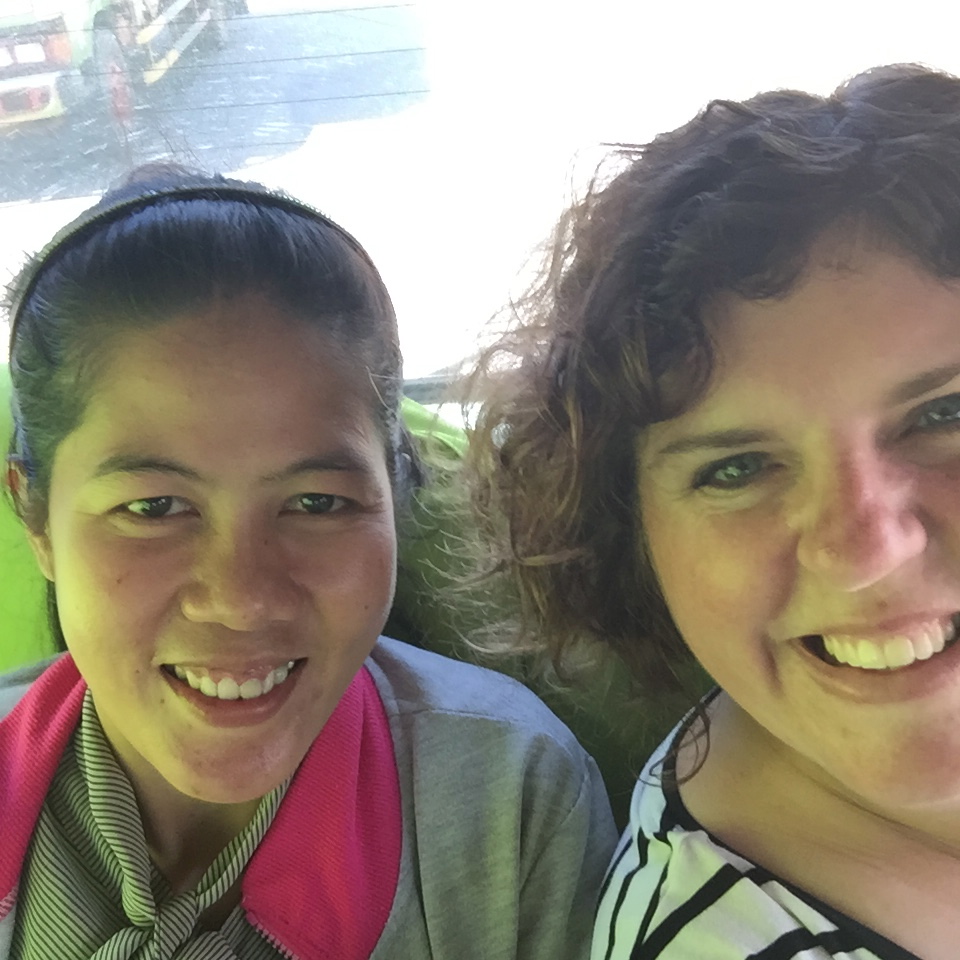 Women changing the world together.

This is the fifth in a series of posts about my recent trip to Cambodia as part of my work with Oxfam. For more information about the work Oxfam Australia is doing in the area of labour rights go to: https://www.oxfam.org.au/whos-making-your-clothes/ 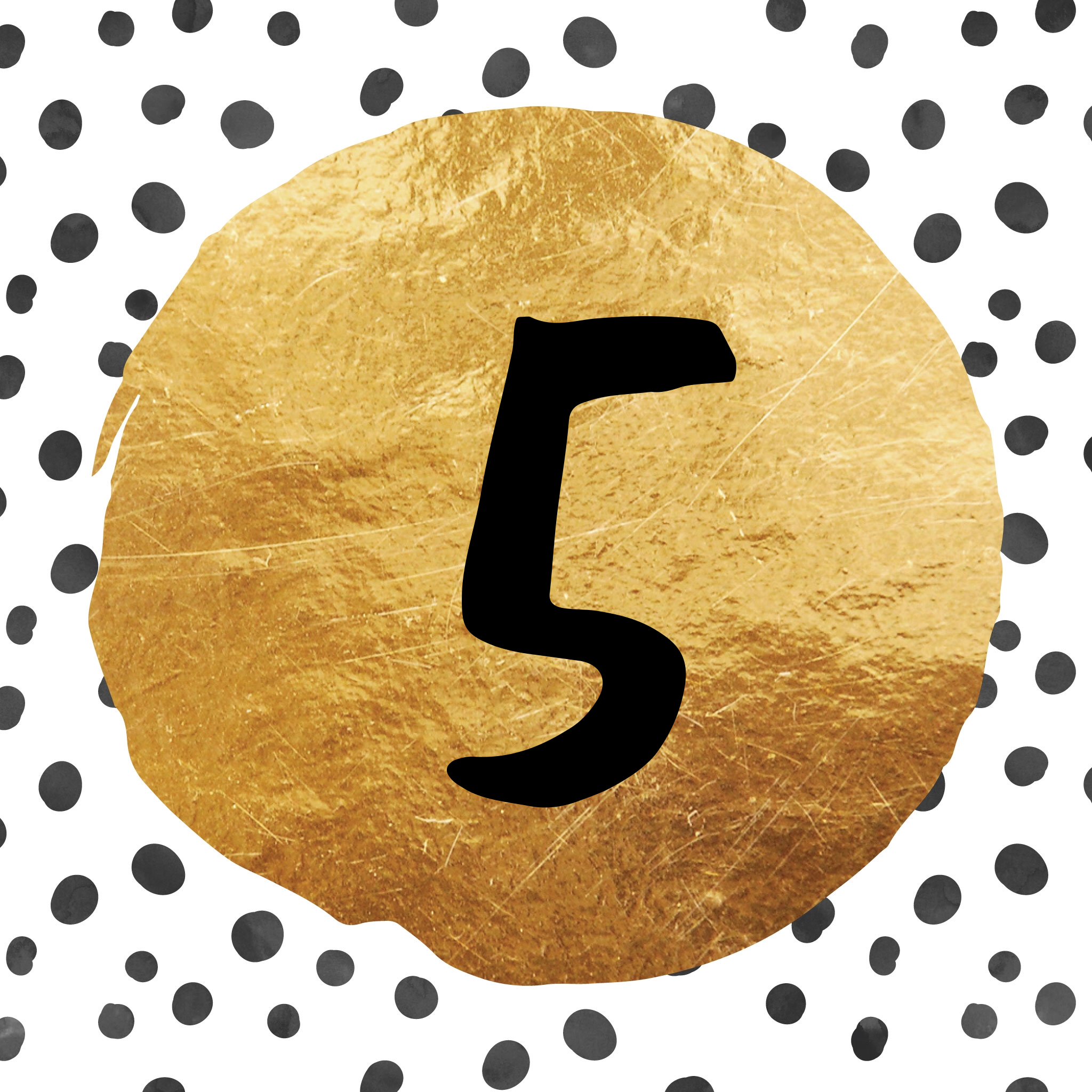 Five ways working has changed since I’ve had kids

An apology to all working mothers 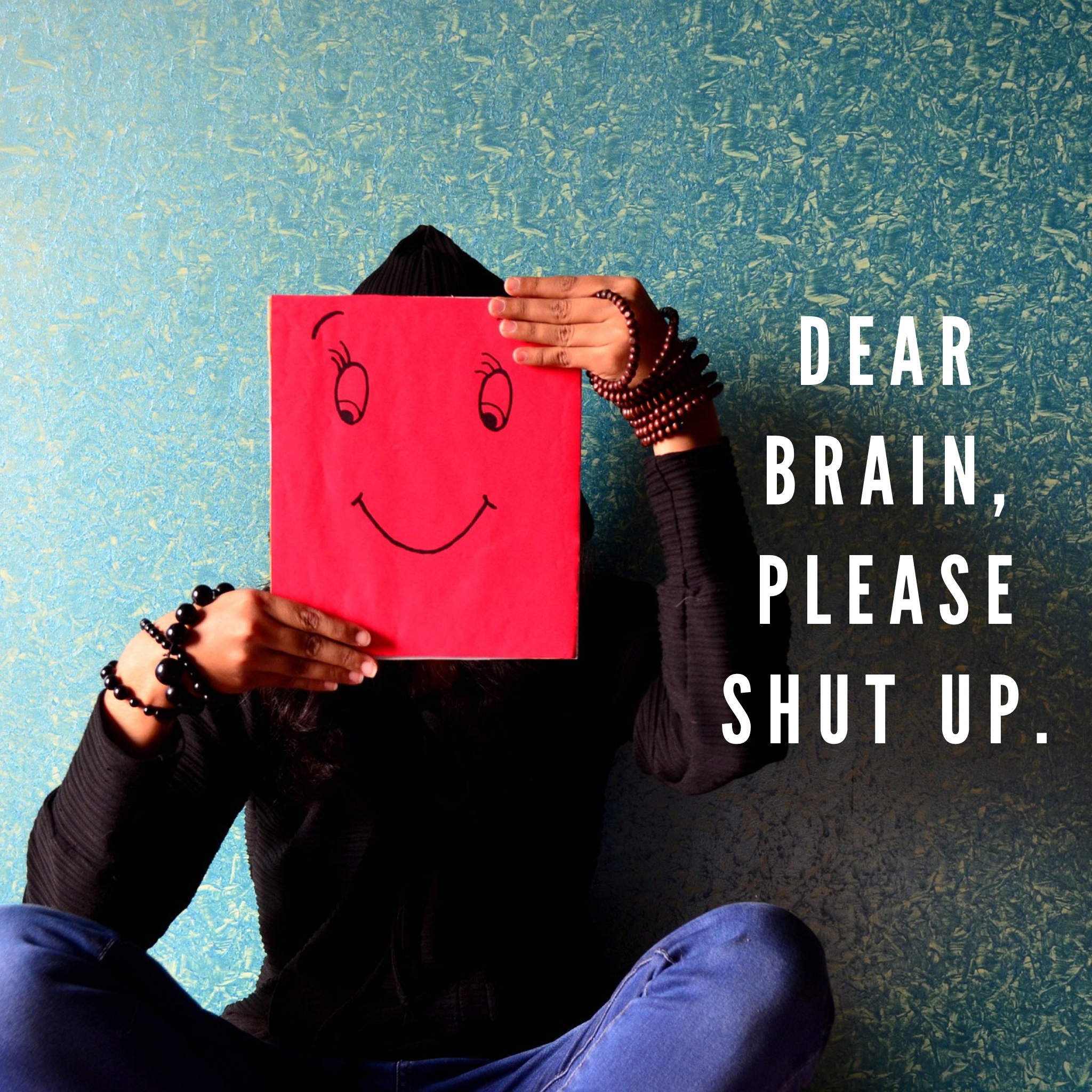 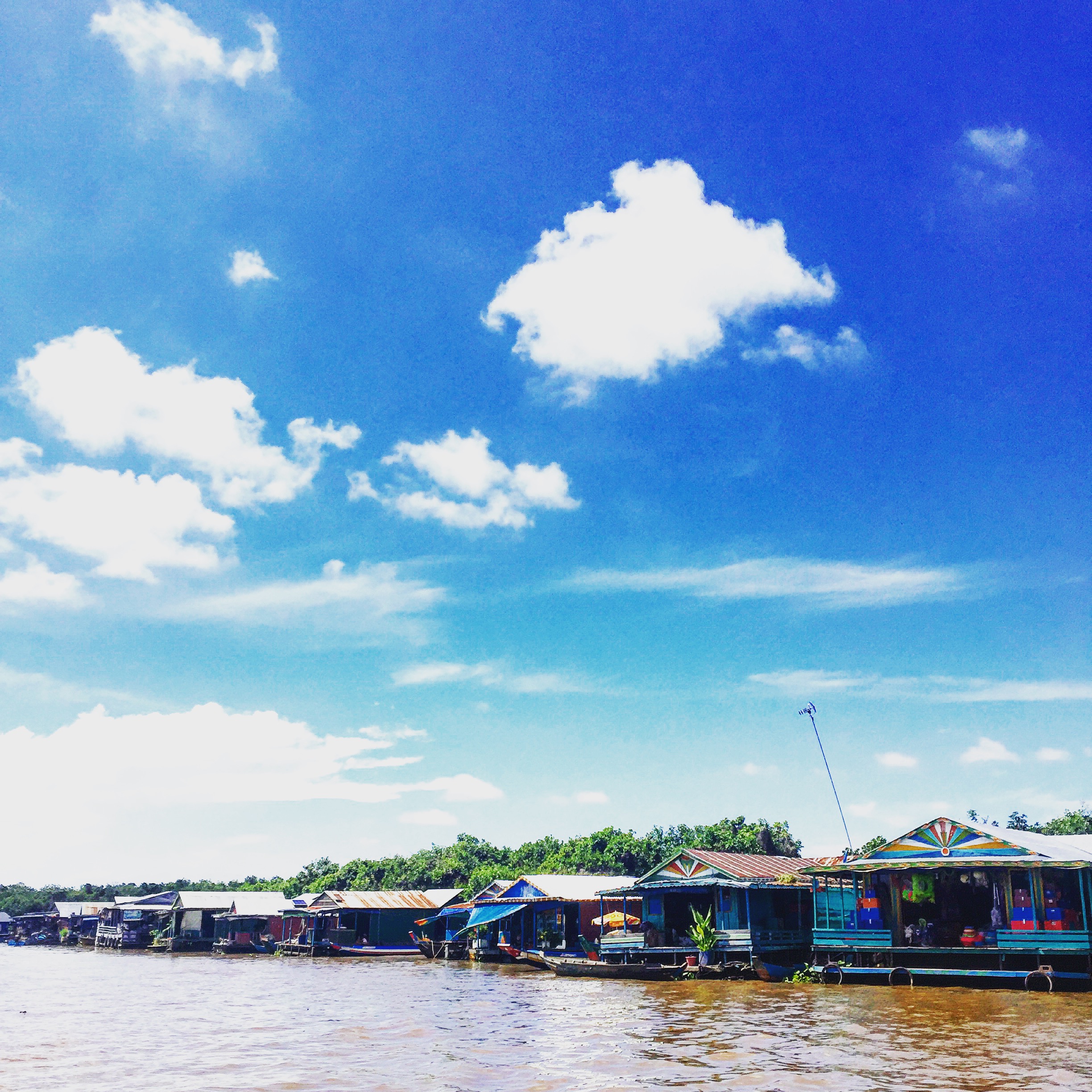