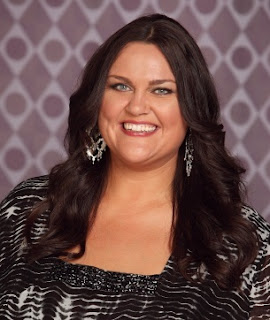 I feel ashamed. I sat and listened to Chrissie Swan’s tearful apology on radio. I sat and cried along with her while she said statements like: “deeply shameful secret”, “secrets which are the most shameful are the hardest to ask for help for”, ” addiction…it can make the unthinkable somehow ok” and “I am devoted to my children”. I felt like I was invading her privacy. She should not have been forced to reveal what is obviously a deeply personal struggle of hers.

She’s been smoking while pregnant. She recognises that it is the wrong thing to do. She has no excuses. She was scared of the judgement that she kept it a secret, not asking for help or confiding in anyone. She begged the paparazzi not to release the photographs of her. She begged them. And now she finds herself at the centre of a media controversy. She finds herself at the centre of putrid, vile judgement.

At her most vulnerable, she sits in the studio surrounded by work colleagues and tearfully confesses to a nation of people who largely do not know her. They know the public Chrissie – the loveable, openly flawed, gregarious, fun Chrissie. They do not know the Chrissie who sits wracked with guilt and inner turmoil smoking her five cigarettes a week in her car while pregnant. The one who has most probably already said the most awful things to herself that no mindless onlooker will ever be ale to beat. Yet now, her own insecurities and her own anger towards herself will be somehow “confirmed” by strangers. She will now be able to say to herself “see you’re right, you are an awful person”.

Chrissie, who is an inspiration to many women because of her open and kind nature, her quick wit and smart mind, her love for her children, her honesty about her weight struggles, her inclusive and accepting nature – is now being forced to protect her integrity at her most vulnerable.

At a time when we need more women like her in the media spotlight, standing up for, and representing, diversity in the community, I fear we will see her retreat away from the spotlight. Who would want to be in her position in this age of instant, public reaction? Everyone has the ability to pass judgement the second they see something that offends them. I remember a time when you would write a letter of disgust and then instead of putting a stamp on the envelope and sending it the person who annoyed you, you’d rip it up and put it in the bin. Now, you can get online and let rip without processing your thoughts. People don’t care about the impact their vitriol will have on their target’s heart, self esteem or psyche.

There is this sense of entitlement among the community that if someone puts any of their life out there publicly that they should reveal every single moment of it. That, if you hold something back for yourself, that you are a lier or a bore or a hypocrite. No, you are a person, who still has a right to privacy. A person who has to protect themselves, sometimes from their own inner dialogue. Sometimes you know you are too fragile to cope with the onslaught of judgement, that for your own protection, you keep things private.

Recently, a bunch of bloggers were subjected to, and still are, a hateful forum. I have been forever changed by it and now struggle to write publicly anymore. I no longer want to share things which are personal, my inner feelings, my life. I don’t want to give up parts of myself to assholes. I am currently reassessing my desire to blog. A few people have done that to me. I am unsure how people in the public eye continue to put themselves out there time and time again when subjected to thousands of negative comments?

How does Chrissie – someone so gorgeous, strong and also vulnerable (like any human) – deal with a barrage of hate, particularly at a time she is so down on herself? How does anyone in the public eye deal with it?

The reality is Chrissie is surrounded by people who love her deeply. There are more people in the community who still admire and care for her than she’ll ever know. At this time, she needs support, love and encouragement. We need people with her spirit in the public eye. She is so much to so many people. While she works through this with her closest friends and family by her side, I hope she realises what a wonderful person she is and how truly loved she is.

My Masterchef Moment Of Shame