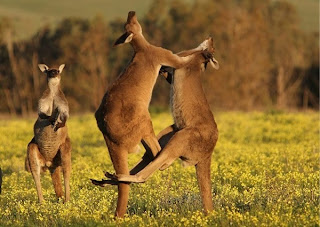 Sometimes I think you’ve done a lot of growing up. Sometimes I think, wow Australia you’ve really come of age. And then a few things happen all at once and I realise you’ve pulled the wool over my eyes. You’ve tricked me with your woman as Prime Minister and a hijab wearing, Muslim in Masterchef ways. There was a glimmer of hope, that Australia was maturing as a nation.

Aside from the massive, tap dancing, flashing lights, fluoro covered, bikini wearing elephants in the room – same-sex marriage and asylum seekers – Australia’s been displaying some other poor, poor form of late.

1) Leisel Jones is NOT FAT. I don’t even want to qualify that statement. It’s just fact. She is NOT FAT.

2) The Shire is not reality tv. There is nothing real about it. Not even the bad acting’s real. OK, Beckaa’s boobs are real, but she’s working damn hard to get Daddy to buy her a new set because there’s NOTHING WRONG WITH YOUR DAD BUYING YOU NEW BOOBS. Next someone will tell me that bringing back Big Brother is a chance for “real” Australians to be given a voice in a television landscape. No, I firmly believe bogans have been given far too much of voice.

4) Gold is NOT EVERYTHING. Seriously, Australia, how do you look at your kids and tell them that winning is all that matters? It’s not. How do I explain to my girls that if they try really hard and put everything into something they love that they might get blasted for not winning and not celebrated for giving it their best? How do I tell my girls that as long as you are doing something that you love, that you should be proud of yourself? How do I do that when everywhere I look people are getting bitched at for not coming first? How do I do that when young athletes who have trained their heart out sob at news conferences about how they’ve let everyone down, while holding an Olympic silver medal?

5) The words vagina and discharge are used in an advertisement for knicker liners and there’s a public outcry. One complainant to the ad watchdog was concerned “young children might be watching”. Meanwhile, a guy shoves a firecracker in between his butt checks and he’s hailed a hero – a stupid hero, but “man, I reckon he’d be a fun bloke to hang out with”. I didn’t hear anyone complaining about the words firecracker and arse being in a sentence together. Are you fucking serious?

What’s been shitting you lately?

This week I’m Grateful for Opportunities

Where Are You LuLu?